The Recent Success of My Last Day 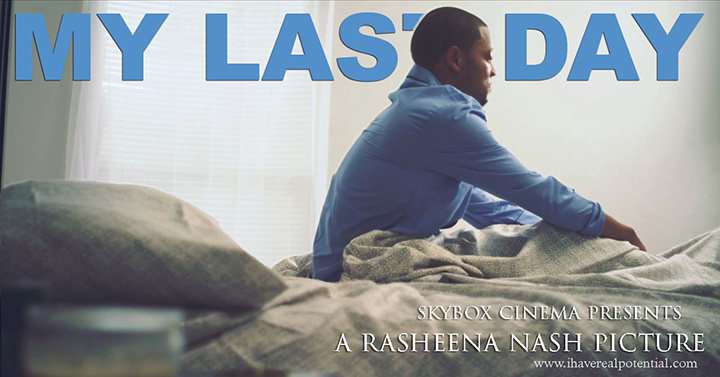 The success and support for Skybox Cinema’s latest short film My Last Day has truly been amazing. Not long ago, we facilitated its first distribution deal with myfilm-cloud.com, a new online streaming platform for independent filmmakers. My Film Cloud acquired My Last Day just before launching at the SXSW Film Festival in Austin, TX. Most recently, My Last Day was selected to screen at the Cannes Film Festival as part of the CMIC filmmaker’s showcase.
The life of this film has been an inspiring one. To think, this all started when I got a call from writer/director Rasheena Nash one summer day saying “Gregg, I just wrote something…check your email,” and went on to screen overseas at the biggest film festival in the world.
In celebration of My Last Day’s continued success, I’ve decided to upload a photo album of set stills displaying the early love story of the film’s two main characters, Walter & Lauren. Many of these photos are actually used in the film.
Head over to the photo gallery to check out the Walter & Lauren 4ever album. Enjoy!
*P.S.- Here’s the link to watch My Last Day.