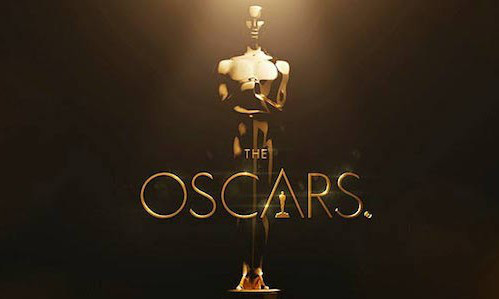 Now that the Grammy’s are over and jokes of Bow Wow’s bad timing begin to fade, pop culture news outlets will start looking towards the next big award show: The Academy Awards. They’ll begin talking about actors/actresses, directors/producers, and a number of movies most people have never heard of. If you’re on the fence about watching some of the Best Picture nominees, but you’re tired of hearing from the bias perspectives of the people that actually made them, I’ve got you covered. Below is everything you need to know about the 2016 Academy Awards Best Picture Nominations (including trailer, synopsis, and my perspective).

In 1957, in the midst of the Cold War, New York insurance lawyer James Donovan is enlisted to provide a pro-bono defense for Rudolf Abel, who is accused of spying for the Russians. The CIA then sends Donovan to East Berlin to conduct precarious negotiations with the Soviets to exchange Abel for a recently captured U.S. Air Force pilot, Francis Gary Powers.

Bridge of Spies is an excellent film that flew surprisingly under the radar. Set against the backdrop of the impending Cold War, Stephen Spielberg flaunts his classic style of hollywood filmmaking. Tom Hanks also gives a stellar performance as James Donovan. I will say, there isn’t a lot of action in this movie, and it is primarily driven by dialogue. For this reason, I wouldn’t recommend it if you’re looking for the typical “bang bang shoot’em up” war movie. But if it’s been a while since you’ve seen a plain good movie with a great story, definitely add Bridge of Spies to your list!

*I’m thoroughly upset that Steven Spielberg was not nominated for Best Directing for this film.

Four outsiders to Wall Street use what are sometimes perceived as eccentric insights into the U.S. financial markets to predict the meltdowns of the housing market and big banks in 2008. Betting together on the coming catastrophe, the quartet manages to invest shrewdly and amass a fortune, all while exposing the corruption of several large financial institutions.

Let me start by saying…I hated this movie. I was an undergraduate Business major at the time of the 2008 financial collapse so I had an understanding the crash as it was happening, but even then it was somewhat difficult to comprehend. I appreciate this movie attempting to tell the story of the guys that bet against the market while livening up the explanation of complicated financial scenarios for the general public, but I still don’t like it. The editing often jarred me whenever I started getting into it, many of the jokes didn’t connect, and many of the performances felt forced (minus Steve Carrell, he was actually really good). The Big Short has already won the Best Picture equivalent at the Producer’s Guild Awards and seems to be picking up steam going into the Oscars. If you’re trying to stay on top of all the Best Picture nominees, go for it, otherwise PASS on this one.

In 1952, Eilis Lacey leaves Ireland to immigrate to Brooklyn, where she has a better chance of finding work. Crushed by homesickness, Eilis finds her spirits lifted by an Italian-American suitor with whom she falls in love. When she must return to Ireland, Eilis is courted by a hometown boy and finds herself torn between two countries and the two men who love her.

The only thing I disliked about this movie is that it plays out, almost entirely, in the trailer. Nonetheless, this film about a homesick, Irish immigrant is delightfully quaint. Going in, you couldn’t force me to watch a movie about immigrants on 1952 Ellis Island. But I must say, this was a treat. Saoirse Ronan plays an endearing Eilis Lacey, and exemplifies what many of us fear when resisting the idea of a big move. Although the stakes in this movie never feel big enough to make me want to cry with her, by the end of the movie I caught myself rooting for Lacey’s final big decision. An example of solid filmmaking. Recommend for that night you’re stuck inside, alone, due to weather, and you need a movie to compliment the half bottle of red wine you’re preparing to drink.

Astronaut Mark Watney is presumed dead and left behind when an unexpected storm hits Mars, forcing his crewmates to abandon their mission. Watney, a botanist, must engineer ways to feed himself and survive the harsh environment, and after he reestablishes communication with NASA, scientists around the globe race against time to rescue him.

Ok, Ridley Scott, I swore I was done with you after that “Exodus: Gods and Kings” crap. But “The Martian” feels like a winner. It’s based on a great story, well executed, and has commercial appeal. I’ll spare you my thoughts on Matt Damon, pre-Martian, but even he’s winning me over with this one. From the beginning, you know what this movie is about and you have a pretty good idea of how it will play out, but it has a way of keeping you engaged and interested in what happens next. What’s even more impressive, this movie was analyzed by astrophysicist, Neil Degras Tyson, and much of the science presented here holds up. Recommended for movie night with (or without) the homies.

Years after an apocalypse has devastated the world, Australia has become a wasteland ruled by outlaws hoarding fuel, water and other resources. Desperate to escape a tyrant called Immortan Joe, loner Max Rockatansky joins forces with Imperator Furiosa, who is fleeing from Joe and his fanatical followers with a precious cargo that she has smuggled from Joe’s stronghold.

I’ve never been a fan of the post-apocalyptic sic-fi action genre mashup. I also refused to sip the Mad Max hype juice like many when this film was first released. I just couldn’t seem to get invested and I had a difficult time following the story (or so I thought). Turns out I was just trying to look too deep into something that just may not have been that deep. Upon a recent second viewing, however, I turned off my need to be heavily critical and tried to simply enjoy a good movie….it worked. Although I do think knowledge of the earlier Mad Max films helps, it isn’t necessary here. This movie is action packed, has a story that’s easy to follow (as I later realized), and really brings the audience into post-apocolyptic Australia. What’s interesting is that this movie released in March of 2015 (significantly earlier than most other nominees), and has maintained momentum for nearly a full year. How does this affect it’s chances of winning Best Picture? I guess we’ll see. If you haven’t seen Mad Max: Fury Road yet, cancel your plans for Friday night and get it from RedBox.

While on a danger-laden journey through the American wilderness in the early 1800s, frontiersman Hugh Glass is badly mauled by a grizzly and abandoned by his fellow trappers. Barely surviving his wounds, Glass is driven by thoughts of his family and a desire for revenge as he endures the frigid winter and pursues the men who left him for dead.

This film gets all the praise: great directing, amazing cinematography, superb acting. This movie has it all. Keep in mind the runtime here is close to 3 hours, but director Alejandro Inarritu allows the audience to experience the long, cold, journey of revenge with the main character. This movie seemed to have come out of nowhere, but with a strong Oscars campaign is now considered the front runner for the category of Best Picture, as well as a slew of others. Despite, in my opinion, a rather anticlimactic ending, this movie gets 5 stars from me. And if Leonardo DiCaprio doesn’t win for best actor, I’m….well, I’m not really going to do anything but I’d be hard pressed to find anyone more deserving from 2015. Watching this movie deserves to be done on a theatre screen; if you can still catch it in theaters, I’d highly recommend it.

A young woman who has been held in captivity in a small shed for seven years tries to make as normal a life as she can for her five-year-old son, Jack, who knows her only as “Ma.” When Ma and Jack escape their captor, Old Nick, they must cope with the outside world and forge relationships with Ma’s conflicted family.

Excuse me while I shout from my balcony how much Brie Larson deserves to win Best Actress for this performance. Room brilliantly explores the various relationships between environment and people, both on a micro and macro level. If I could cast my vote to the Academy for Best Picture, Room would have it. This is a well-written story with great acting that deserves all the recognition it is receiving. I haven’t read the book and I’m not necessarily inclined to either. This film gave me all I needed. Recommended for movie night with bae.

In 2001, the journalists of The Boston Globe‘s Spotlight team begin investigating Father John Geoghan, who is accused of molesting more than 80 boys. As they dig deeper and acknowledge their paper’s own failings, the team uncovers a conspiracy of lawyers and government officials who helped the Boston Archdiocese hide the pedophilia of many priests and deny justice to the victims.

Spotlight is another example of very solid filmmaking. My gripe with many a movies is that the stakes aren’t sufficiently rising to create enticing drama. The writers got it right on this one. Every act in this movie exposes a greater conflict, ushering the audience to a satisfying climax. Although Spotlight isn’t very exciting, its talented cast and exquisite storytelling make for a really good movie. The Academy appears to highly regard this film so it will be interesting to see how it fares against The Revenant. Recommended for when you have a couple hours to kill and crave a well crafted movie. Great airplane movie.